The continuing story of a Lotus Elise 111R that I somewhat upgraded back in 2012/13 after buying it as an accident damaged repairable. 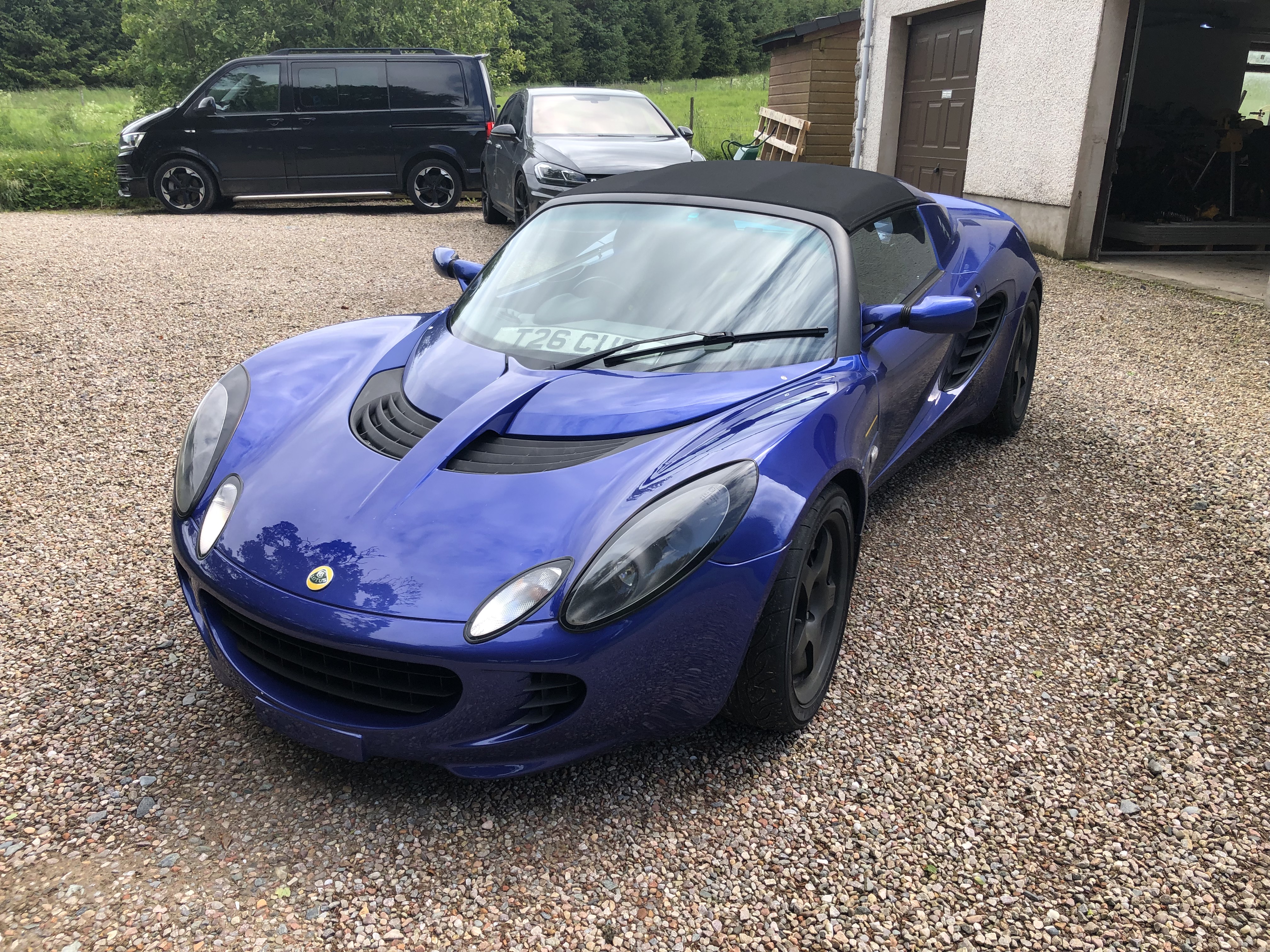 So 6 years and 85 days later and the journey continues.
If you haven't seen the original story about this car then you can catch up here.

Been having a blast being back in a Lotus, and have sorted a couple of niggles since she came home. Center locking is fixed as it had stopped working, broken wire in the drivers door flexi between the A pillar and door turned out to be the culprit although I changed the CDL as a precaution.

Some things have changed since I sold her in 2013. Gone is the air con, removed by the previous owner as the condenser had given out again and TBH I don't blame him. I had the same thoughts originally as the AC is pretty much useless in an Elise. The boot catch has been changed from electric to an aero catch affair and that will be changed in due course. Other than that pretty much the same as she left, a bit older and 24k miles wiser but nothing some TLC won't sort.

One thing I was never really happy about when I originally built the car was the brakes. Mike gave me the car back with the original 295mm disc's and having now had the car out and about a bit I was still very underwhelmed with he stopping power, I guess he was as well as I don't think he used them on track and swapped them out for others although I may be wrong. She is also quite unpredictable under heavy braking and will not brake in a straight line which may be a geometry issue but we will see.

So working on the premiss of go large or go home I order the Lotus BBK (big brake kit). Callipers, hoses and front pads arrived today, got a great deal from Elise Parts now just waiting for the new front AP discs to arrive from Elsie Shop which were considerably cheaper than everyone else for the same discs for some reason, which shouldn't be too far away. These will be 308mm up from the 295mm and I will install a new master cylinder as that is now a fair age given it was original. May as well go the whole hog and throw some alloy bells at the back for no particular reason other than the look cool or find some 288m discs to fit my old hubs.

Anyway, gratuitous picture of the new callipers to kick off round 2 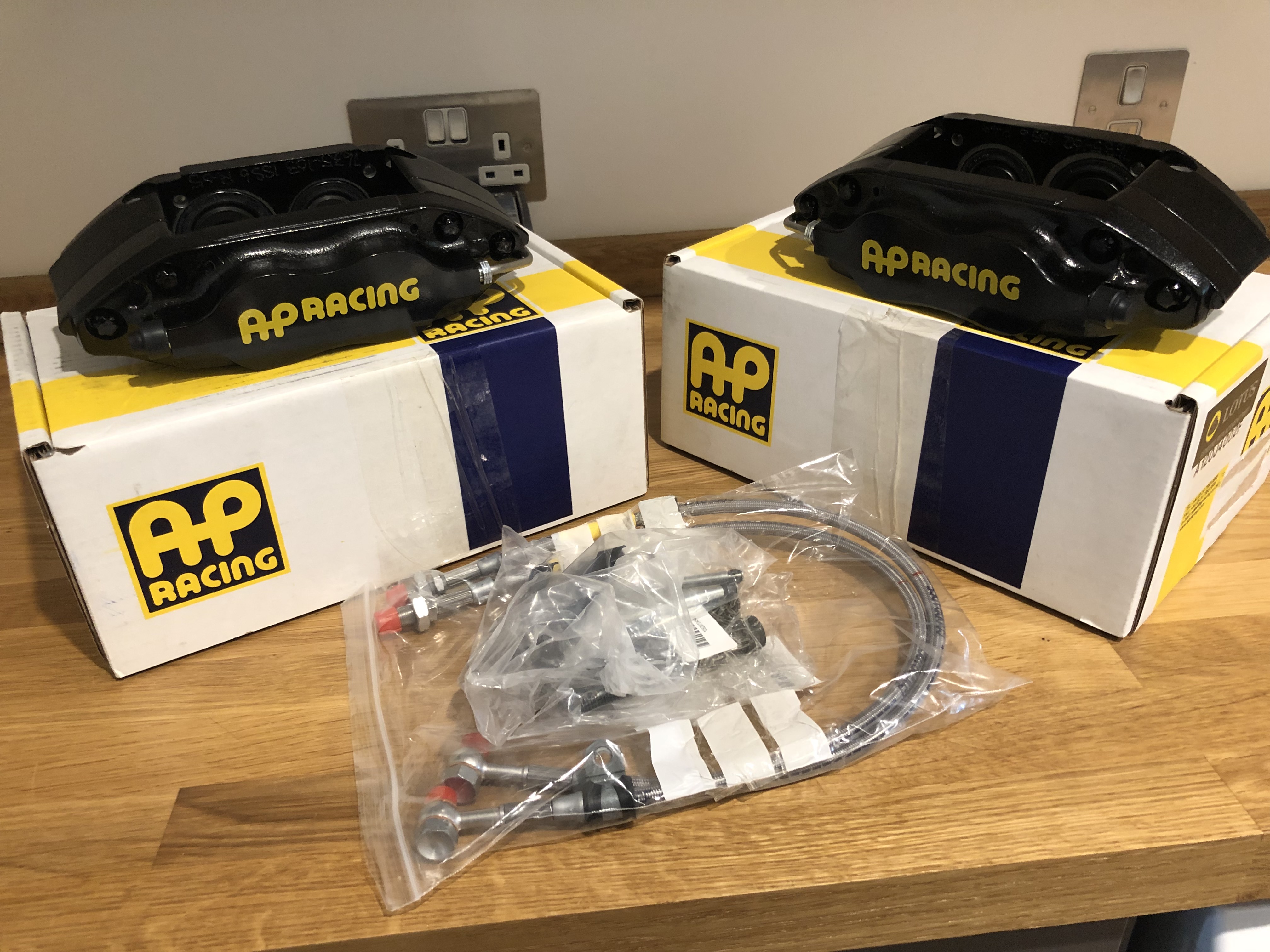 Looking forward to seeing how the car evolves.

That makes 2 of us

The pace of evolution will not be as fast as it was originally as I still have a house to finish but we will see where this goes. Do have a few ideas up my sleeve but again time and funds will dictate much of what I may or may not do.
Just to be clear it is still a very fast Elise and anything will be an incremental rather than revolutionary change given how this car has evolved so far but I suspect many parts are interchangeable from the later models so we will see.
Golf R (daily spec)
T6 (rebuild house spec)
Elise S2 260 (before Lotus)
Mk1 Escort (Still a bare shell spec)
Ducati Supersport S (:D )
Ducati Scrambler FT (Wife’s bike)
Top

Is that bloody house not finished yet

Get your finger out young man. By the way if you need a spare set of wheels at any point I have a set in my garage I could sell you for a small fee......

Could do with a brake bias adjuster... I think it will have way too much front in the wet.
All characters appearing in this post are fictitious. Any resemblance to real persons, living or dead, is purely coincidental.
Any references to laptimes, speed or driving on the public highway are purely for dramatic effect.
Top

OOOH we need to talk

OOOH we need to talk